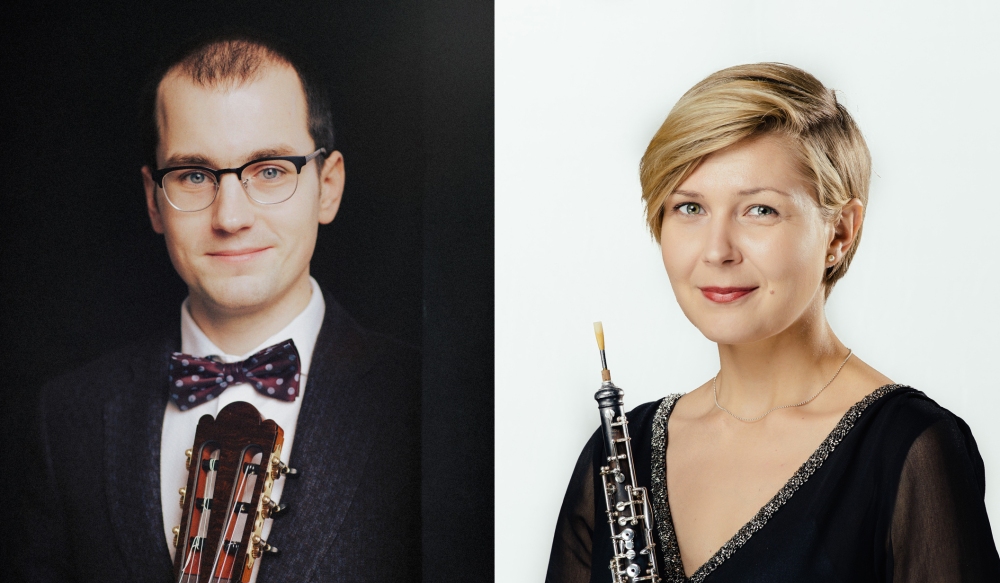 KIRILL OGORODNIKOV is an Estonian classical guitarist of younger generation playing solo- and chamber music concerts, taking part in international festivals and competitions. He has studied at the Estonian Academy of Music and Theatre (bachelor’s degree 2013) with Prof. Heiki Matlik’s and at Hochschule für Musik und Tanz Köln with Prof. Gerhard Reichenbach. He has successfully taken part of several competitions: won the 3rd prize at the Competition of International Guitar Festival Gevelsberg 2014 and the 2nd prize at the International Guitar Competition Tallinn in 2010, where he was also the laureate of the special prize of Estonian Radio for the best performance of the compulsory piece (by Estonian composer Lauri Jõeleht) and gained an opportunity to record this piece in Estonian Radio. Kirill has performed at many festivals: „Tallinn Guitar Festival”, “Fiesta de la Guitarra”, “Estonian Music Days”, “Youth in Classics”, including performances with orchestra, playing Villa – Lobos guitar concert. He has also taken part in premieres of young Estonian composers (R. E. Maimets, M. J.  Olesk, E. Seppar).

HELI ERNITS is an Estonian oboe and English horn player, active chamber musician, who’s repertoire shows an interest of introducing the works of Estonian composers to the wider audience. She has cooperated with several musicians and is the founder member of Woodwind Quintet Estica. Since 2009 she is a member of the Estonian National Symphony Orchestra. Heli has studied at the Estonian Academy of Music and Theatre (master’s degree 2010 and since 2011 doctoral studies). In addition, Heli has improved her skills at Hochschule für Musik Karlsruhe (Bachelor diploma) with Prof. Thomas Indermühle (2006-2009) and at Hochschule für Musik und Theater Rostock with Prof Gregor Witt (2014). She has won the 1st prize at the IV International Competition „Jūrmala 2008“, II prize on the Competition for Estonian Wind Instrumentalists in 2008 and in 2012. In 2010 Heli was the laureate of the special prize of Estonian National Symphony Orchestra at the Competition for Young Estonian Soloists and gained an opportunity to play as a soloist with the Estonian National Symphony Orchestra.